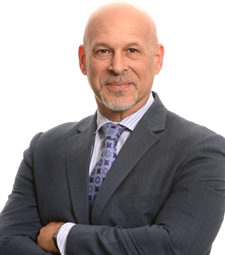 James N. Godes is a partner in the Litigation Practice group of Godes & Preis, LLP. He focuses his practice on complex employment and business litigation and represents international, national and local clients of all sizes in a variety of industries, including health care, aviation, retail and sports. Prior to co-founding Godes & Preis, LLP, Mr. Godes was with the commercial litigation practice group of Pepper Hamilton, LLP. With over 20 years’ experience at large firms, including five years as Litigation Office Chair for the San Diego offices of Foley and Lardner, LLP, Mr. Godes has been responsible for all phases of litigation matters, up to and including trials, writs and appeals. His work also includes cases involving non-competition, non-solicitation and non-disclosure agreements, theft and misuse of trade secrets and other proprietary information, executive compensation arrangements and defamation. In addition, he counsels clients on employment matters and serves as outside general counsel for companies of all sizes. Mr. Godes was recognized as a top attorney for litigation in 2012 by the San Diego Daily Transcript.

Active in the community, Mr. Godes was a member of the board of directors of the Junior Seau Foundation, which focuses on improving the lives of San Diego’s children, for over 10 years. He is an active supporter of and outside general counsel for Fresh Start Surgical Gifts, which provides reconstructive plastic surgery and related services to children and young adults with physical deformities. Mr. Godes served as chairperson of the American Diabetes Association’s "Step Out to Fight Diabetes" walk in San Diego in 2007, 2008 and 2009, and served as the Community Leadership board chairperson for the Greater San Diego Chapter of the American Diabetes Association for over two years thereafter. The State Bar of California has honored him for his pro bono work. 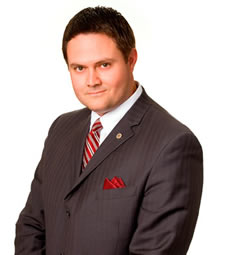 Joseph M. Preis is a partner in the Litigation and Trial Practice Group of Godes & Preis, LLP, and the firm’s managing partner. He is a former Marine and entrepreneur who brings a proactive and results oriented approach to litigation. Prior to co-founding Godes & Preis, LLP, he was with the commercial litigation practice group of Pepper Hamilton, LLP.

Active in the community, Mr. Preis has served on numerous charitable boards, and is the co-founder and president of the Soldiers of the Sea, Band of Brothers, Inc., an organization dedicated to bridging the gap between Southern California’s business and military communities. He is a trustee of the November 10th Association in Newport Beach, a lifetime member of the Veterans of Foreign Wars and a member of the Military Order of the Carabao in Washington, D.C. He served in the United States Marine Corps from 1990 through 1994, and again from 2002 to 2005, including service in Desert Storm and Somalia.

The following engagements are recent representative examples of matters he has handled: 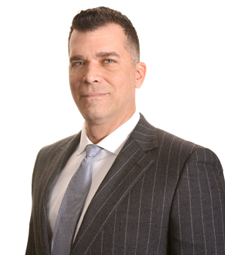 Oliver B. Dreger is a partner in the Litigation and Trial Practice Group. He focuses his practice on complex business and employment matters, with experience representing clients of all sizes in a host of industries in California, across the U.S. and internationally. Mr. Dreger has successfully practiced in large and small law firms, including the largest employment law firm in the world, and he has earned a reputation of providing aggressive and innovative legal solutions, as well as skilled courtroom advocacy on behalf of his clients.

Mr. Dreger handles civil litigation matters in all stages, from pre-litigation to trial, writs, and appeals, over a wide array of legal subject matters. He has years of experience advocating in state and federal trial courts, in addition to numerous appearances arguing before the California Court of Appeals and the 9th Federal Circuit. His appellate work has resulted in a favorable opinion by the California Court of Appeals that was published to establish legal precedent, while his trial experience has resulted in favorable verdicts for his clients in each of his cases to date. Mr. Dreger has also obtained numerous early victories for his clients in litigation, including summary judgments, adjudications, or other dismissals, several of which involved matters where his clients had been exposed to multi-million-dollar legal risks.

Mr. Dreger’s experience includes serving as lead counsel in a variety of alternative resolution settings, from arbitration to mediation. Additionally, he has advised large businesses on legal issues critical to their operations, in a variety of industries, with an emphasis on labor and employment law advice and counseling. Mr. Dreger also represents individual clients in litigation pursuing legal redress in matters as diverse as fraud, employment disputes, wrongful termination, and civil rights claims. 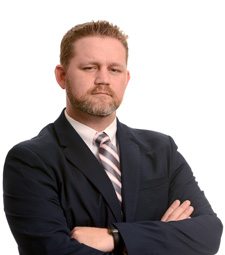 Joshua Mino is a member of the Litigation, Trial and Appellate practice group of Godes & Preis. Mr. Mino has over a decade of experience as an aggressive litigator, having participated in arbitrations, trials and appeals throughout California in both Federal and State Court. Prior to joining the firm, Mr. Mino was a senior litigator for a national law firm representing nation-wide business ventures. Mr. Mino’s legal career was rooted in civil litigation and interned for two Superior Court Judges in Santa Clara County. He attended the University of California, Berkley, graduating with a double major in political science and rhetoric. Mr. Mino received his Juris Doctorate degree from the University of San Diego, where he received the Pro Bono Service Recognition Award.

Mr. Mino prides himself on creating and providing innovative strategies to accomplish client goals and objectives. Mr. Mino has been published multiple times in nationwide trade publications providing his analysis of the law and strategies to deal with developments in case law as well changes in the industry. Mr. Mino is admitted to practice in all Federal District and State Courts in California, the 9th Circuit Court of Appeals and is licensed to practice in Washington, D.C. 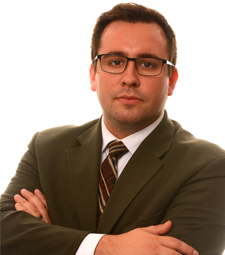 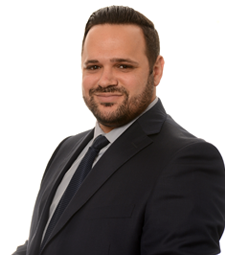 Farouk G. Mansour is a member of the firm’s Litigation and Trial practice group. He graduated from Loyola Law School as an editor of Loyola’s International and Comparative Law Review. He also completed the rigorous civil litigation concentration which included advanced courses in trial advocacy, legal negotiations, and advanced legal research to name a few. He earned his undergraduate degree in political science from the University of California, Berkeley and graduated with high honors.

Mr. Mansour’s practice is focused on complex business litigation and employment litigation. He also has extensive experience in premises liability and personal injury where he represented numerous Fortune 100 and Fortune 500 companies. As an Orange County native, Mr. Mansour remains dedicated to public service and held the position of head coach of the men’s freshman basketball team at Fountain Valley High School, his Alma Mater, for five years. 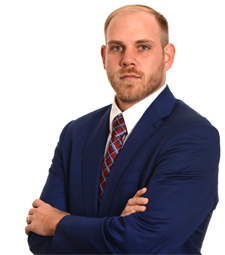 Mr. Reynolds served as an infantry Marine with 2nd Battalion 4th Marines Echo Company from 2004 to 2008, earning a Purple Heart in 2007 for wounds that he sustained in Ar-Rutbah, Iraq. After being honorably discharged from the Marine Corps, Mr. Reynolds earned his B.S. in Business Administration from the University of Southern California, regulated federally chartered banks as a Bank Examiner with the Office of the Comptroller of the Currency, and regulated credit unions as a Credit Union Examiner with the National Credit Union Administration, before attending law school. 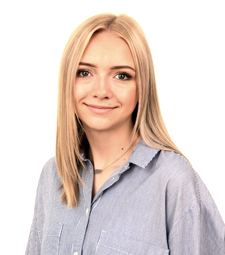 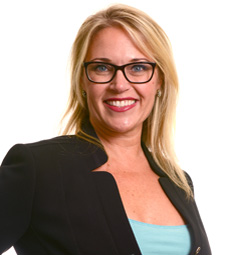 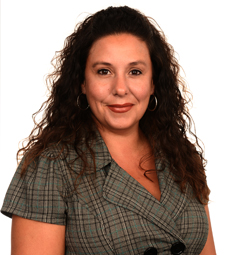